5 Stats that Prove the Communication Revolution has Reached the Workforce 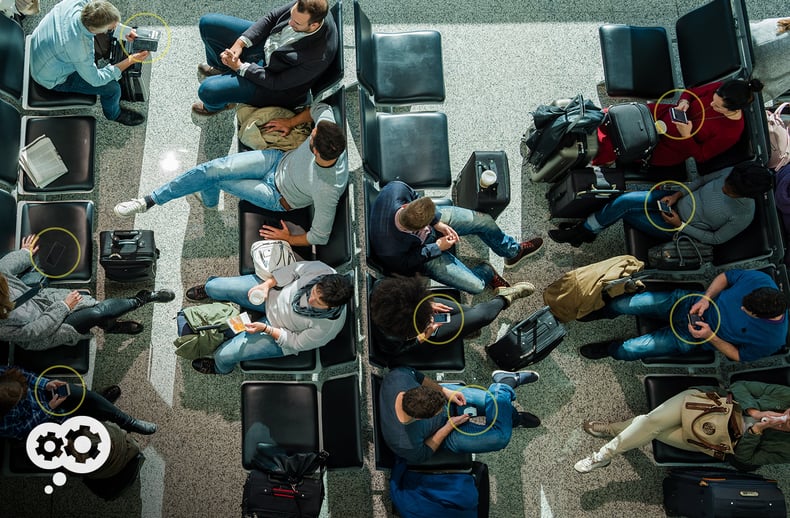 There’s this joke about millennials. Give a millennial a smartphone and he’ll live for a day… any longer than that and he’ll become a mindless, soulless, social media zombie.

Yes, it’s an all-too-common dig — a boomer scoffing at the 20-something across the room with his face buried in his phone. But all jokes aside, the next generation of communication systems and devices is transforming the way we work. With millennials now making up the largest generation in the U.S. labor force, the definitions of both “workplace” and “workday” are becoming steadily more hazy.

In fact, IDC Research estimates that 72 percent of the workforce will be mobile by 2020. Business users need collaboration and communication tools anywhere, anytime, from any device necessary if organizations want to remain relevant.

How do organizations equip the Bring Your Own Device (BYOD) Army but still securely and effectively manage the array of devices in the field? How do they catch up to communication methodologies that are transforming the traditional workplace?  The communication revolution has begun. But we won’t won't stoke the fires of this upheaval further with fodder or silly jokes at the expense of a younger, more mobile and remote workforce.

The numbers will tell the real story.

5 Stats that Prove the Communication Revolution Has Reached the Workforce:

Two ... 77 percent of organizational leaders believe that adding work applications to their mobile phone has made them more productive in their job. - Intermedia

Mobile work applications are redefining “office hours.” As a result of the continued proliferation and rapid adoption of mobile applications, employees are constantly on-the-go and getting work done outside of the office.

In the same report conducted by Intermedia, 51 percent of respondents begin their workday (e.g., checking emails, taking calls, etc.) on their commutes before reaching the office. But mobility no longer means access to just email and mobile phone service – it now includes everything from chat, to video conferencing, to file sharing, and to project management.

Three... 40 percent of millennials indicate that it would be helpful to launch video and voice meetings via voice-activated technology. - Intermedia

Just as personal assistant apps and voice-activated tools have entered our personal lives, it won’t be long until they become the norm in our work lives.

“As technology continues to advance and facilitate the future of work, it’s time for organizations to recognize the future of employee expectations as well. From mobile applications to video conferencing to email and voice assistance, employees want technology that works for them, not the other way around,” said Costin Tuculescu, VP of Collaboration Product, Intermedia.

According to the report, users spent $1,791 million on Unified Communications-as-a-Service (UCaaS) in 2018, up from $1,480 million the year before.

The rapid rise in UCaaS spending is undoubtedly reflective of the device du jour for today's employees. The advantage of Unified Communications comes in the ability to create seamless communication for users while integrating all such tools – desktop phones, mobile phones, and computers – into one easily manageable solution oriented to organizational preference.

It's the ability to essentially bring together a workforce on the go, and avoid a BYOD-era disaster.

Five... The cost of poor communication has hit an overwhelming $37 billion. - Holmes Report

Also in the report, among those corporations surveyed, communication barriers cost the average organization $62.4 million per year in lost productivity.

The question becomes... how much is poor or disjointed communications costing you? Is it time you join the revolution?

Unified Communication as a Service (UCaaS) platforms, like Datamax's CommCare, serve as a game-changing communication solution that essentially brings together a workforce that’s undeniably on the go. This "all-in-one" cloud-based platform unifies your many channels for communicating and conducting business - phone system, team chat and messaging, video conferencing, file collaboration and more - under one manageable platform.

SOURCE: Intermedia contributed to a portion of the content in this blog.